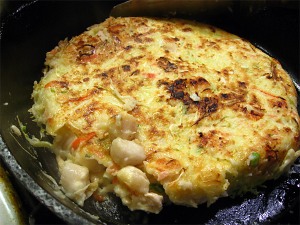 ~~~~~~~Round pancake with savory ingredients.~~~~~~~ The circle is not unbroken because flipping is not my forté.

Okonomiyaki! Japanese pizza! or perhaps it’s more like a pancake. It’s time for another post about this versatile and easy recipe. This recipe can be made with a variety of whatever ingredients you have on hand, so I was able to use some of the food in my freezer, which I’m trying to use before I lose…
As I was cooking, it occurred to me that okonomiyaki is very similar to Korean pancakes—savory pan-fried circles, with vegetables and meat or seafood held together with a simple flour batter. Pajeon are scallion (or chive) pancakes. They are small, and are dipped in a sauce made with soy sauce and vinegar (sometimes there is also a little sugar and a few drops of sesame oil). OK okonomiyaki is big, cut into triangles, and the sauce is tonkatsu. Still, similar, ok? 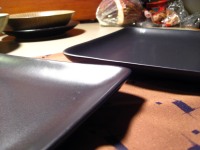 Some Korean pancakes include julienne carrots, and summer squash, fish cake, sauteed beef, or even Chinese sausage. Pancakes with squid are buchimgae; or with tuna they are chamchijeon; and with potatoes they are kamja jeon. There are even kimchi-jeon! Most of the recipes I found online start with Korean pancake mix, which contains flour, sometimes baking soda, flavorings (salt? msg?), and a starch often mung bean starch. I’ve never made these pancakes, but the store near me (that has the best Japanese produce) is a small Korean grocery and I’ve seen several brands of the pancake mix. 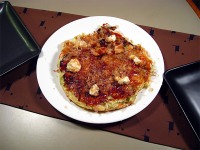 It’s a very interesting place to shop, me being both illiterate and unable to speak (Korean), especially when I want to ask a question. Last spring, I saw a basket displaying packets of seeds when I noticed a picture of shiso on one of them. That’s the big green leaf you see  served with sashimi or sushi in restauratnts, and it’s an herb used in many Japanese summer recipes.

Shiso is easy to grow, but the seeds are difficult to find. I added the packet to my purchases and said to the woman at the counter, “Shiso??!!” I had a big smile because the seeds were so inexpensive, and she looked at me and said something in very fast Korean that sounded like catnip. I went over to the vegetable display and showed her a package of shiso leaves. “Shiso!” I said again. “Sesame,” she said slowly in English.

Apparently, “Shiso and Korean sesame (deulkkae or just the leaves kkaennip) are the same plant, which is not really sesame but perilla (a mint).” Oh, and Korean pancakes with shiso are kkaennip jang ddeok. 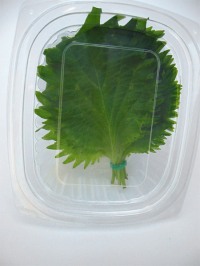 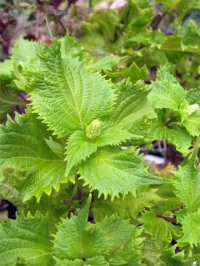 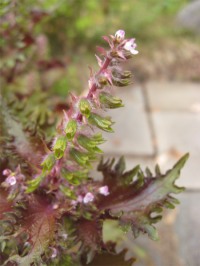 Okonomiyaki
with chicken and scallops 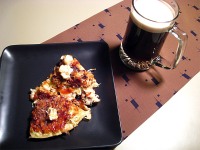 Mix the batter in a suitable bowl. Divide into 2 bowls.
Filling:

Put equal amounts of the ingredients (or your choice) into the bowls with the batter. Make a depression in the stuff and add 1 egg to each bowl. Mix the ingredients of one bowl. (You will cook up the 2nd bowl after you eat the first.)
Cooking:

Heat a skillet over medium heat, add a bit of oil, and spread it around with a paper towel. Pour the contents of one bowl in and shape it into a circle about 7″ across. Cook until the bottom is golden. Use 2 spatulas to turn the pancake and press to flatten. Cook until it’s browned. Use a pastry brush to spread the sauce on the pancake. Garnish: 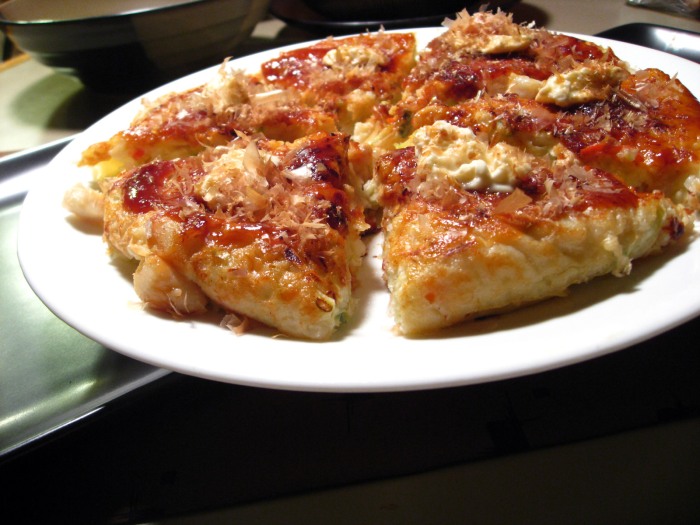 8 thoughts on “Okonomiyaki, with scallops and chicken”